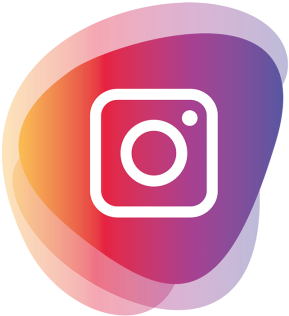 pugboyHi, I'm Huxley the Pug. I created this website because Pugs are awesome! I love sharing our cuteness with you, my favorite hoomans. Visit us often as I am always adding new and adorable Pug posts. Sincerely, Huxley, Chief Pug Officer

No one planned to create the Abominable Snow Pug, but here’s how it happened.

How did the Abominable Snow Pug come into existence? Come close to the screen and we’ll whisper it to you.

It all started on a fateful winter day. The Pugs were having fun and playing in the backyard.

They innocently began to build a Snowman.

When they were done, the Pugs discussed it and decided to build a Snow Pug instead, because Pugs make everything better! 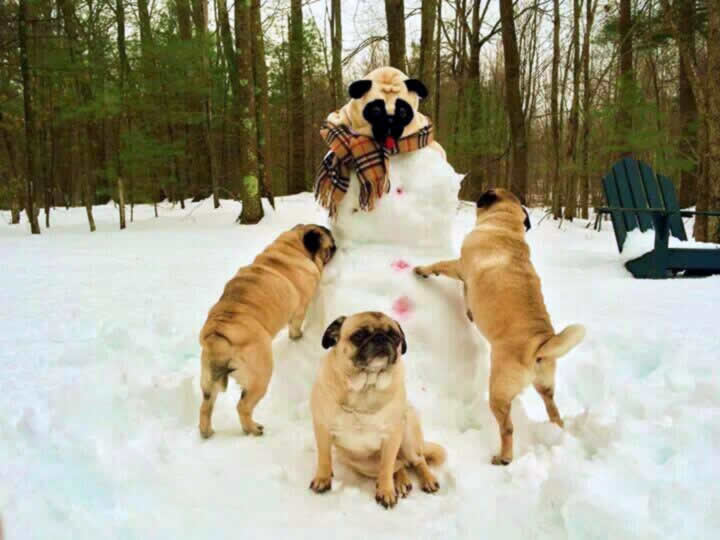 The fateful last step was adding a Pug toy to the top of the Snowman.

And then it happened, the sky turned pitch black and the winds began to howl. The thunder clamored like a war.

A bolt of lightning as fierce as the sun descended from the heavens and directly struck the Snowman with the Pug toy on top!

First, the Pugs learned they were still alive, and they were thankful. Then, they realized that the lightning bolt didn’t melt the snow.

In fact, the Snowman was on fire!

The Pugs freaked out, but it only became worse. The flames subsided slowly and there stood a menacing figure in the darkness.

A shadow of a giant Pug shape engulfed the Pugs, and then they saw it – the Abominable Snow Pug was alive!

There came a shriek from the ominous creation like they had never heard. They knew their end was neigh!

Then something strange happened. The Abominable Snow Pug turned like a whip and ran into the woods.

The Pugs were safe, for now. However, they realized that in their vanity of putting Pugs on everything, including Snowmen, they created the monster!

The Pugs stared at each other and made two solemn vows that day.

Firstly, they will stop putting Pug toys on Snowmen and anything else that is exposed to the sky.

Secondly, they would never tell anyone about what happened.

Unfortunately, the Pugs couldn’t keep their mouths shut and the legend of the Abominable Snow Pug began to spread!

To this day, many a Pug has reported seeing the massive lurking shadow of the creature in the woods at night.

However, to this day not a single Pug has been able to capture the Snow Pug on camera.

He may be waiting in the forest for you right now!

Do you have a Pugtastically pawsome story to tell? Contact us today!

Cuteness delivered to your mailbox!